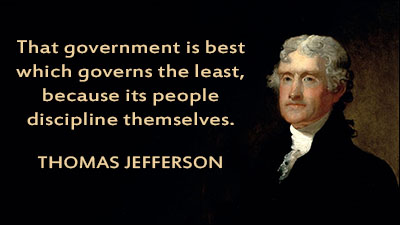 That government is best which governs the least, because its people discipline themselves. – Thomas Jefferson Quotes 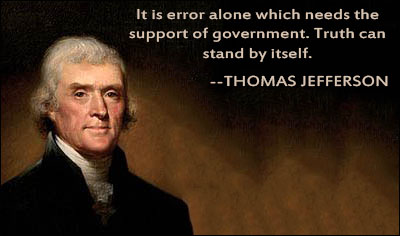 It is error alone which needs the support of government. Truth can stand by itself. – Thomas Jefferson Quotes 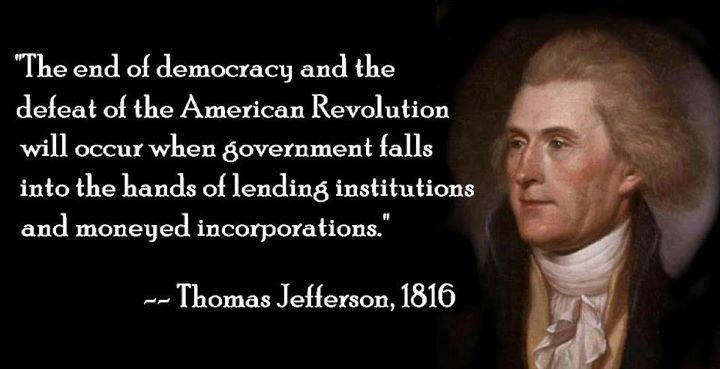 The end of democracy and the defeat of the american revolution will occur when government falls into the hands of lending institutions and moneyed incorporation. – Thomas Jefferson Quotes 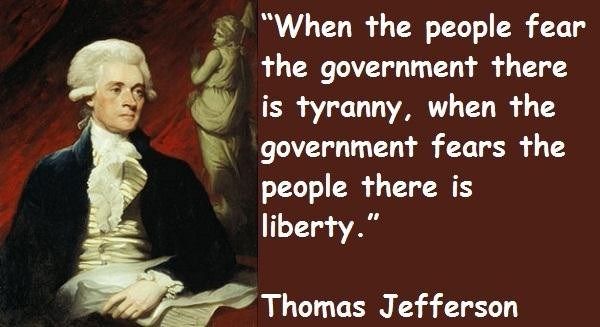 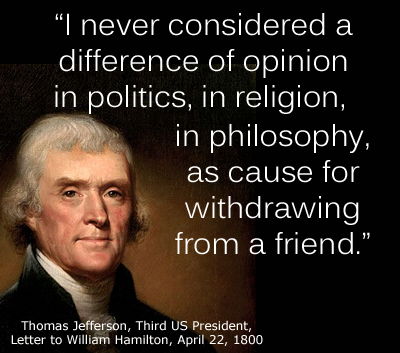 I never considered a difference of opinion in politics, in religion, in philosophy, as cause for withdrawing from a friend. – Thomas Jefferson Quotes 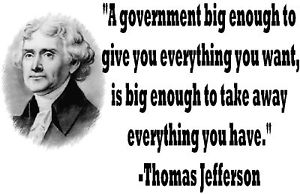 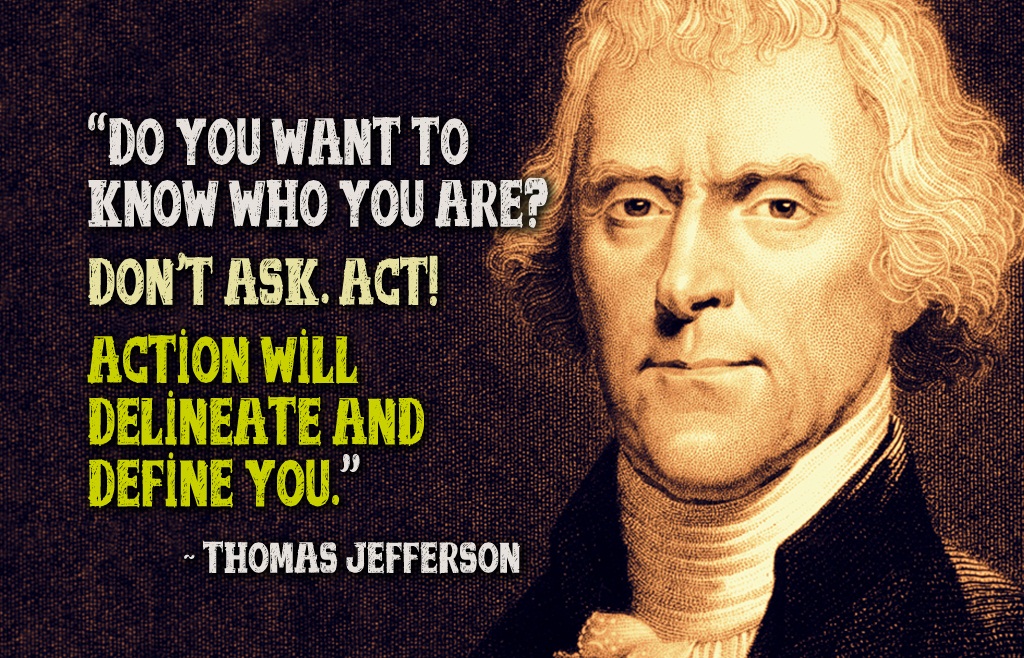 Do you want to know who you are ? Don’t ask. Act ! Action will delineate and define you. 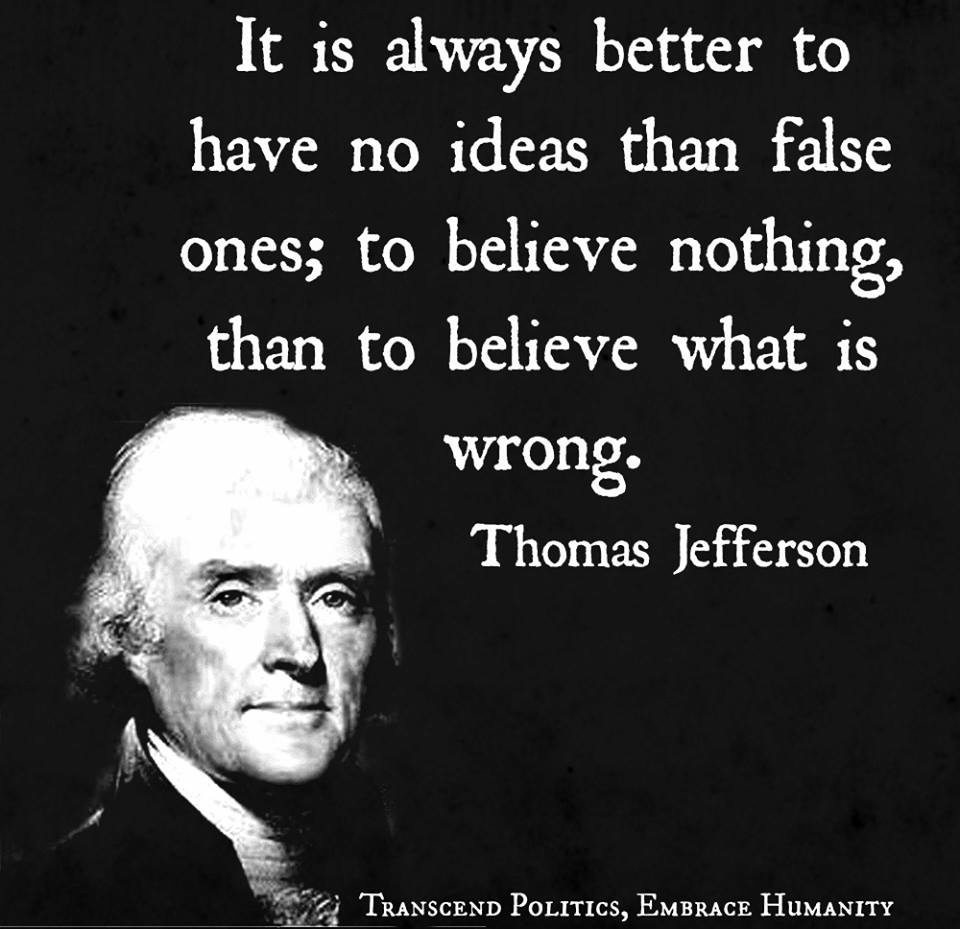 It is always better to have no ideas than false ones to believe nothing, than to believe what is wrong. 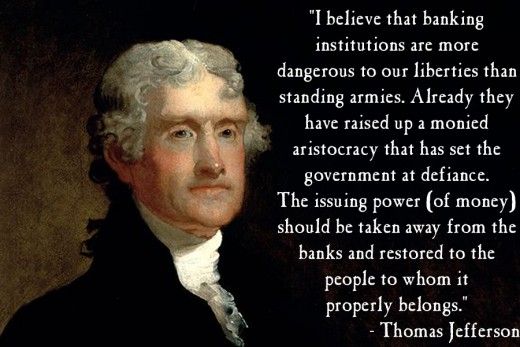 I believe that banking institutions are more dangerous to our liberties than standing armies. Already they have raised up a monied aristocracy that has set the government at defiance. The issuing power should be taken away from the banks and restored to the people to whom it properly belongs. 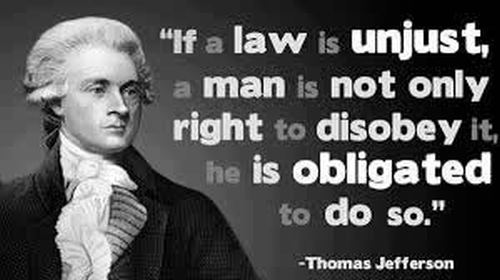 If a law is unjust, a man is not only right to disobey it, he is obligated to do so. 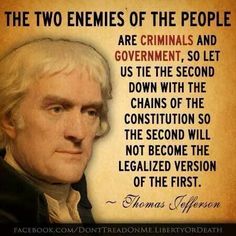 The two enemies of the people are criminals and government, so let us tie the second down with the chains of the constitution so the second will not become the legalized version of the first. 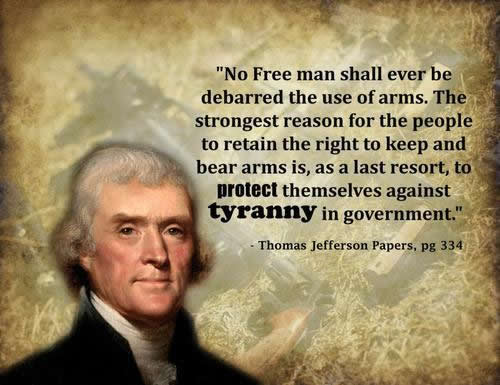 No free man shall ever be debarred the use of arms. The strongest reason for the people to retain the right to keep and bear arms is, as a last resort, to protect themselves against tyranny in government. 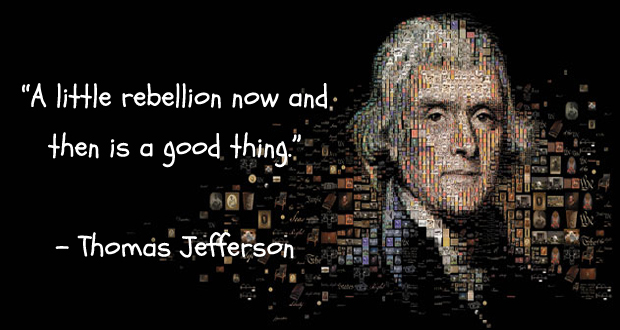 A little rebellion now and then is a good thing. 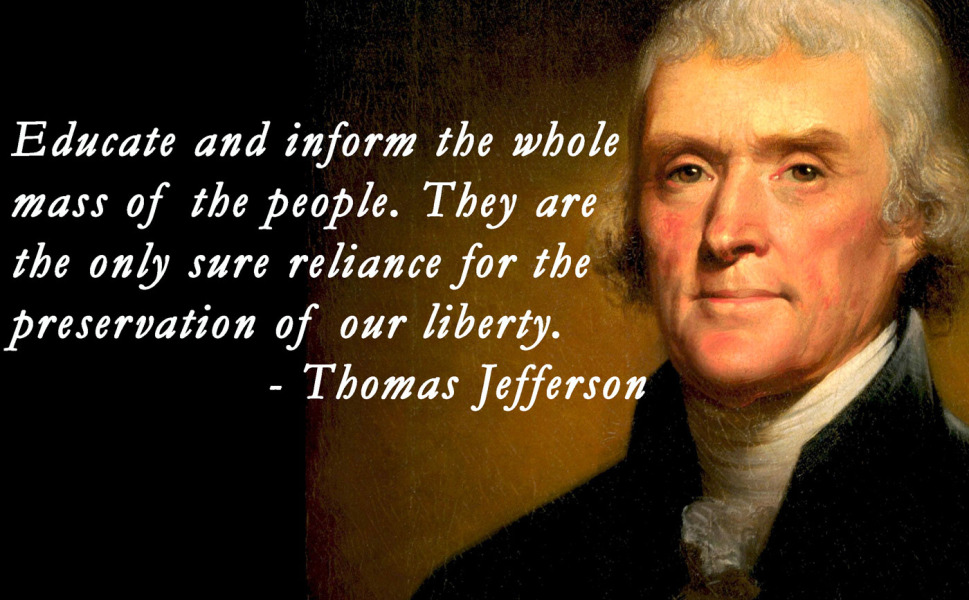 Educate and inform the while mass of the people. They are the only sure reliance for the preservation of our liberty. 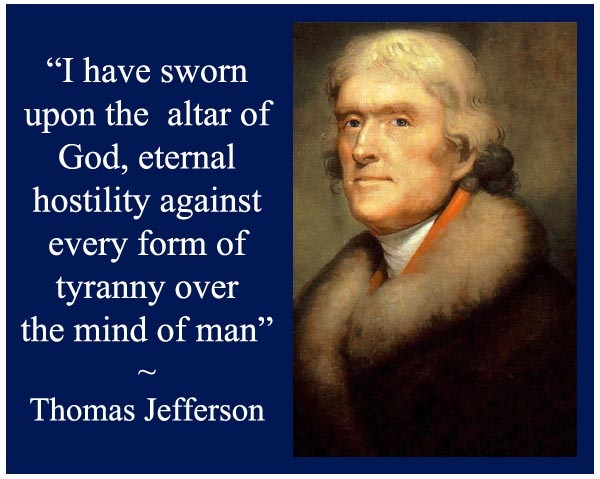 I have sworn upon the altar of god, eternal hostility against every form of tyranny over the mind of man. 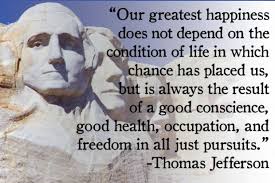 Our greatest happiness does not depend on the condition of life in which chance has placed us, but is always the result of a good conscience, good health, occupation, and freedom in all just pursuits. 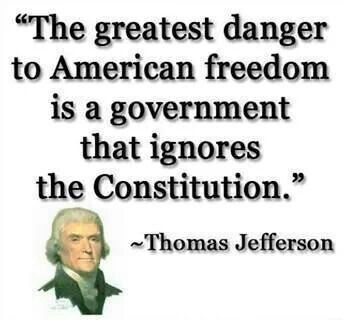 The greatest danger to american freedom is a government that ignores the constitution. 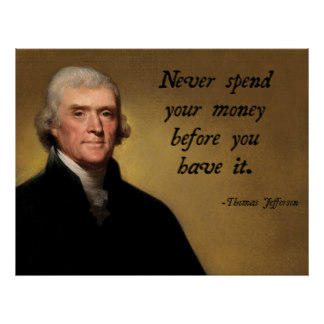 Never spend your money before you have it. 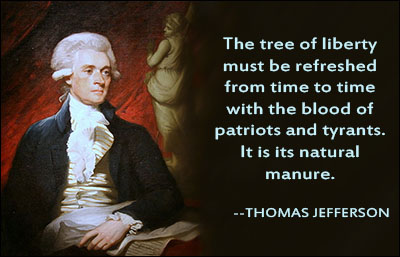 The tree of liberty must be refreshed from time to time with the blood of patriots and tyrants. It is its natural manure. 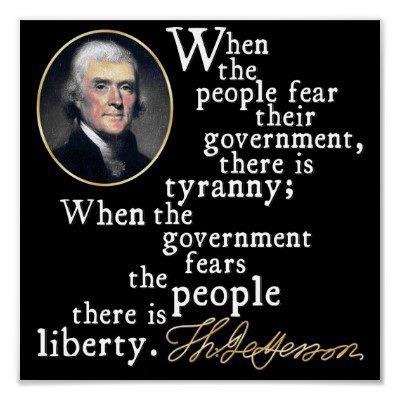